With the modernization of gaming and remasters like the newly confirmed GoldenEye 007, it’s difficult to find a present-day game that most people have never played. However, this might just make obscure and old-school games that much more unique to the now grown-up player.

The introduction of the internet surely grew the player base of several unheard-of yet wildly entertaining games, growing their communities and allowing gamers to connect to others who share their memorable experiences. Though some of these odd titles were given sequels, like Dark Cloud and The Neverhood, many others were left to only be remembered by those who played them during their childhood.

SCREENRANT VIDEO OF THE DAY 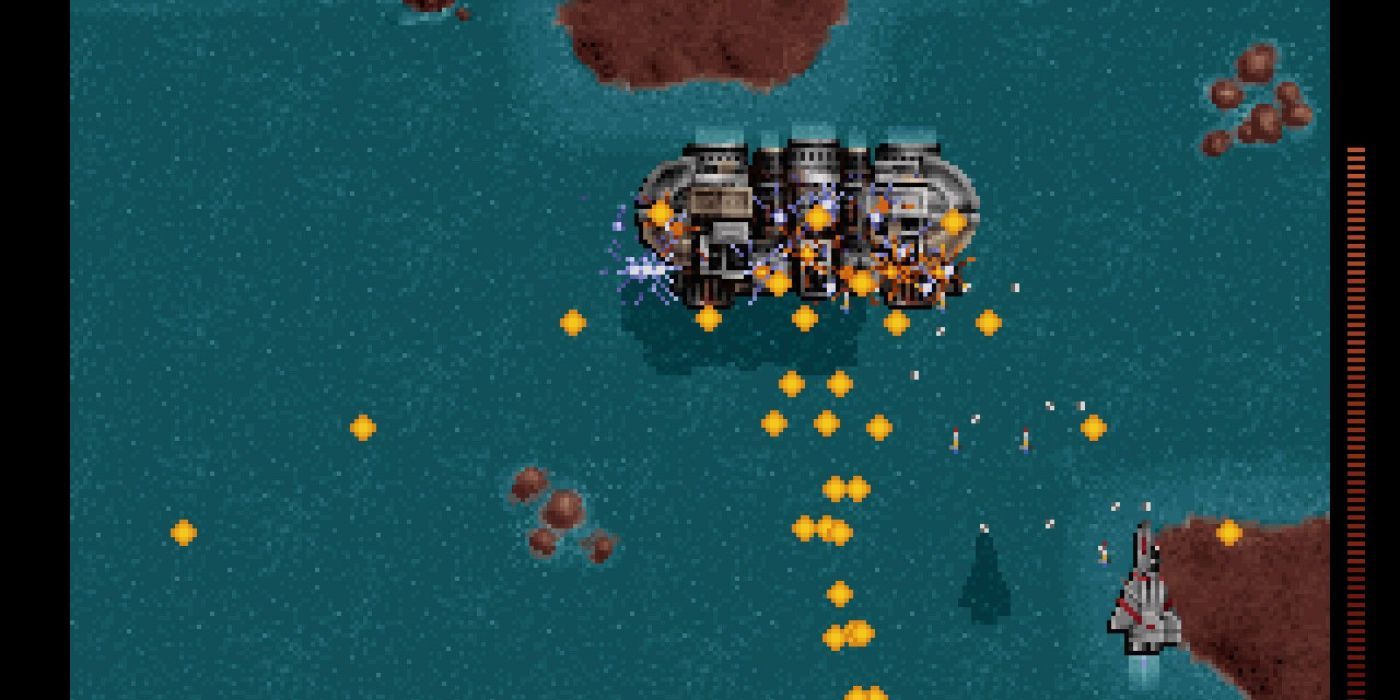 Raptor: Call of the Shadows was developed by Cygnus Studios and released in 1994 for MS-DOS compatible systems, the first episode of it being distributed as shareware while the two other ones were commercially sold.

Since then, it has been re-released, “They put out a remaster or such on steam a few years ago. Still fun as ever,” says Redditor legalbeaver. This classic game is divided into three sectors called Bravo, Tango, and Outer Regions, with each having side missions as well. Playing these sectors in chronological order assists players in saving funds for upgrades and better weapons.

In a surreal world floating above a chilling void, this great, obscure point-and-click adventure game from 1996 follows a claymation man in his journey of self-discovery. Every piece of animation in The Neverhood is made of clay, making it unlike any other game at the time.

As the clay man searches for his purpose, players must solve creative puzzles to unlock fun cutscenes. The game was, according to Hands-and-apples, “A claymation masterpiece with a lot of personality and great humor.” Its sequel, Skullmonkeys, is much more well-known due to being released on the PlayStation and its faster-paced platformer elements.

Published in 1989 by Epyx as a launch title for the Atari Lynx, Chip’s Challenge didn’t find a bigger audience until it was re-released with the “Best of Microsoft Entertainment Pack” in 1995. The top-down tile-based puzzle video game brought the player into the world of the geeky Chip McCallahan, who meets a girl named Melinda in their school’s science laboratory.

By solving increasingly challenging puzzles, the player helps chip find his way through Melinda’s Clubhouse, to become an official member of the Bit Buster’s Club. User pikaia_gracilens made it known that they, “Played it to death and some 15 years later still had the muscle memory to get through the maze that doesn’t allow any backtracking in one go.”

Starball is a strange 1995 PC pinball game with an innovative twist. Each time the pinball falls between the flippers, the player is taken to a lower level, where another pinball setup lies. The player is brought through a different concept with each level they drop until the bottom is reached, and a life is lost.

Bringing an unheard of style to arcade gameplay, the three-tier masterpiece included mini-games, like having to build a spaceship and protect it from missiles. Jeggasyn remembers it fondly, saying, “My bro and I used to compete for high score, the grind was looong…” Furthermore, Starball had hidden stages in each round, like Doom pinball and Llama pinball.

Developed for the PlayStation 2 by Level-5 and released in the U.S. in 2001, Dark Cloud is a third-person role-playing game characterized by peculiar dungeons. Each level was randomly generated, in which players could fight monsters and seek out treasure.

Striving to fight off the destructive Dark Genie who is terrorizing their town, a group of adventurers work together to take down the mysterious threat. The main character is bestowed a magic stone by the Fairy King that allows players to destroy and rebuild areas. Redditor FYISominus, “Loved this game for the characters and their story lines.”

Skunny: Save Our Pizza‘s is a jump-and-run Shareware Adventure game that was published by Copysoft in 1993 for the MS-DOS. Skunny the squirrel must time-travel back to the Roman Empire to collect every ingredient to make a pizza, while stopping an evil chef from changing history and destroying the invention of the pizza, so he can profit off a cheap imitation.

If a player had the full game, they would receive a new ingredient after beating each level. The only way for Skunny to find his way to present day is to make a pizza. Minister_of_Joy stated, “Sadly, I only had the demo-version, which only included the first level. But I loved the game anyway.”

Regarded as one of the best couch co-op games of its time, Cel Damage is an automobile-bound combat game that was developed by Pseudo Interactive and first released for the Xbox in 2001. Within the game’s universe, “Cel Damage” is a weekly-airing, popular fictional cartoon demolition derby series.

Redditor Generic_Pete commented that it was an, “Insanely great wacky races style game. Found in a bargain bin never heard of or seen advertised.” In this vehicle shooter, players compete against (and sometimes alongside) each other while using outrageous weapons like boxing gloves, grenades, freeze rays, and even black holes to defeat their opponents in three different game modes.

River Raid was originally programmed by Carol Shaw and published by Activision in 1982 for the Atari 2600, being ported to other consoles later on. In this top-down game, players become fighter pilots as they fly their jets over the “River of No Return” to raid enemy lines.

User Jeggasyn said, “Ahhhh, too good. I can still hear the metallic plinking sound when you fly over the FUEL sprites.” The jet can be maneuvered down and up but cannot move horizontally as the player does their best to control their speed. The gameplay is unlimited until a player collides with an enemy or the riverbank.

Originally made for the Commodore 64, Impossible Mission is a 1984 game published by Epyx that featured several gameplay mechanics, similar to adventure and platform games. It is known for being one of the best puzzle games of its time, later being released on both PC and other consoles.

While avoiding killer robots, the player must race against the clock as a secret agent to decrypt and reassemble the passwords to national security computers, which was tampered with by an evil genius. To find pieces of these codes players need to reset moveable platforms and search the furniture in rooms. Redditor dizzyelk added, “We had [Impossible Mission] on my Atari 7800. I never beat it…”

Few gamers ever forget playing the first entry of the Bubsy game series, which was both developed and published by Accolade. The platformer was released in 1995 on the Sega Genesis and Super Nintendo, then re-released on PC under the title “Super Bubsy” shortly after.

Reddit user AlwaysTheNewGirl81 was a big fan, “Played it on SNES. It was a cat running around the Wild West. Collecting yarn balls…It was amazing.” Its plot involves controlling Bubsy the bobcat as he protects his stash of yarn balls and collects the before wool-seeking aliens can steal them. User Shahfluffers commented on its hilarious death animations, “Turning into a puddle of goo just because you touched a baddie still incites giggles.”

Next: 10 Classic 90s Games That Can Be Played On Modern Hardware